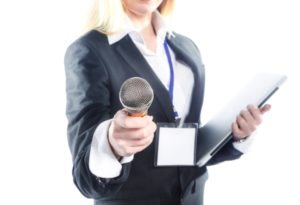 This recent exchange between a reporter and Senator Lindsey Graham applies to business too, not just politics.

Reporter: Do you believe the news media is the enemy of the people?

Sen. Lindsey Graham: “No, I think the press in America is a check and balance on power. … Sometimes you can be a pain in the ass, but you’re not the enemy of the people.”

I often am asked by clients if they can have a reporter’s questions in advance or if they can review a story before it runs.  I do understand this from their perspective. They want their story told in a certain way and want to look as good as possible.

But reporters aren’t writing advertisements for your company.  If you want an ad, go pay for it.

Reporters are supposed to give their readers information that they believe is timely and important for them to know. It’s not their job to care if you like the final story or not.  Their job is facts and accuracy, and making sure the reader sees value in what they learned from the story.

The truth is, not every story is worth telling. I hate being a buzz kill, but pretty often I have to pop a client’s balloon and tell them their story idea won’t get the coverage they desire.  Yes, a good PR strategy can put “lipstick on the pig” to make an otherwise tired story more interesting, timely and worthy of a reporter’s consideration. We do that all the time with excellent results- but that’s a different blog for a different time.

The point is, reporters are the main gatekeeper to what’s ultimately a story and what’s not. Respect that and use it to your advantage, don’t fight it, because you’ll lose.

And yes, I can agree, sometimes reporters ARE as Lindsey Graham put it, a pain in the ass. Why?  Because it’s their job to dig in and find the real story, to share new information that hasn’t already been told that they can give to their readers.  After all, it’s called NEWS not OLDS.

The reporter isn’t being an pain for asking hard questions or questions you don’t want to answer.  They’re doing their job. If you want good stories, give good answers. When we are pitching stories, we always look for a unique visual way to describe the story. We offer stats and details. We give them different story angles to choose from.  The easier you make it for them (and us) to tell the story you want—the full story—the more likely you’ll get the story you want.

The vast majority of reporters are good, honest reporters.  They genuinely try to tell the story minus any personal or political bias. When you read a normal news story, you don’t read it thinking about who wrote it or that their personal opinion was included in the story.

That’s not to say that a reporter’s past personal experiences or implicit bias doesn’t influence what they write, but there’s a big difference of a reporter trying to be anonymous and simply provide facts within a story and a Columnist or reviewer writing in the first person whose job it is to try and “be” the story or create conversation and disagreement.

Let me leave one last thought. Sometimes, even when you get the story, you might find it’s not as robust or glowing as we expected.  The story might leave out information we consider important, but the reporter didn’t include. Complaining doesn’t help.  At worse, it could even result in the client becoming the pain in the butt not the reporter (at least in the eyes of a PR firm!!).

The truth is, we just need to accept it and be happy we got the story at all.  I still rather get an okay story than no story for a client.  Every collected drip of coverage combines to create a pool of long-term goodwill (if you’re unfamiliar with this concept, watch the video at www.10to1pr.com).